The Byzantine Mosiacs of Qsar Libya

This old Ottoman fort in the countryside of Qsar Libya is full of surprises.

From the back it is easier to see some of the layout. The big wall to the left actually houses an ancient Bzantine church in which there is a large floor mosaic. The long stone building center right is actually new and houses the collection of amazing mosiacs found in a buried church about 200 meters directly behind me in this photo.

The Byzantine church inside the Ottoman fort. Large mosiac on the floor is hard to see because of the dust covering everything. The rooms to the far left were used as prisons by the Italians during their 1911-1943 occupation of Libya.

This new building in the fort houses the collection of mosaics moved from the buried church. 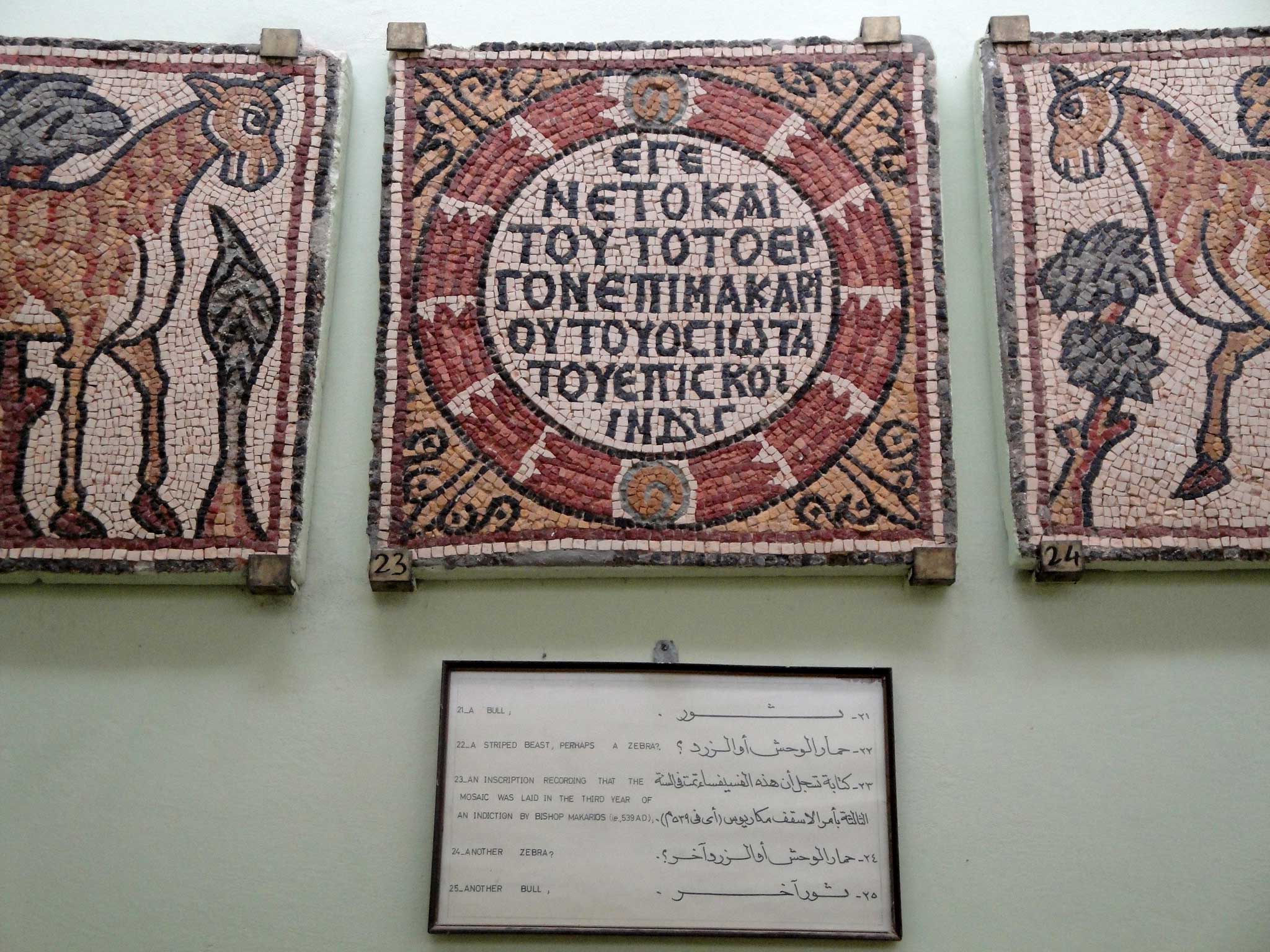 These are in beautiful shape. This particular mosiac dates the year it (and all) were made as 539 AD. Not bad for 1470 years ago. 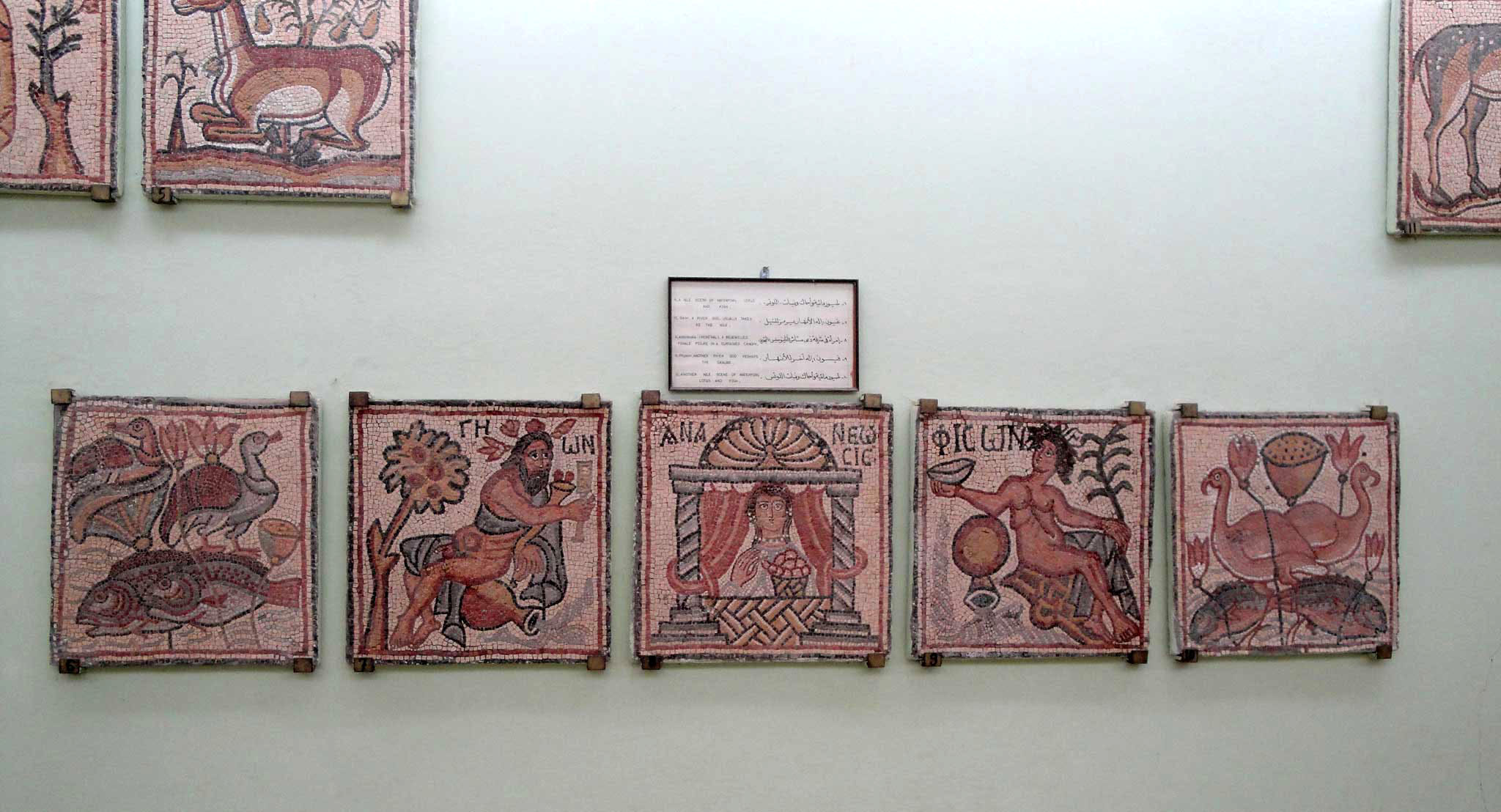 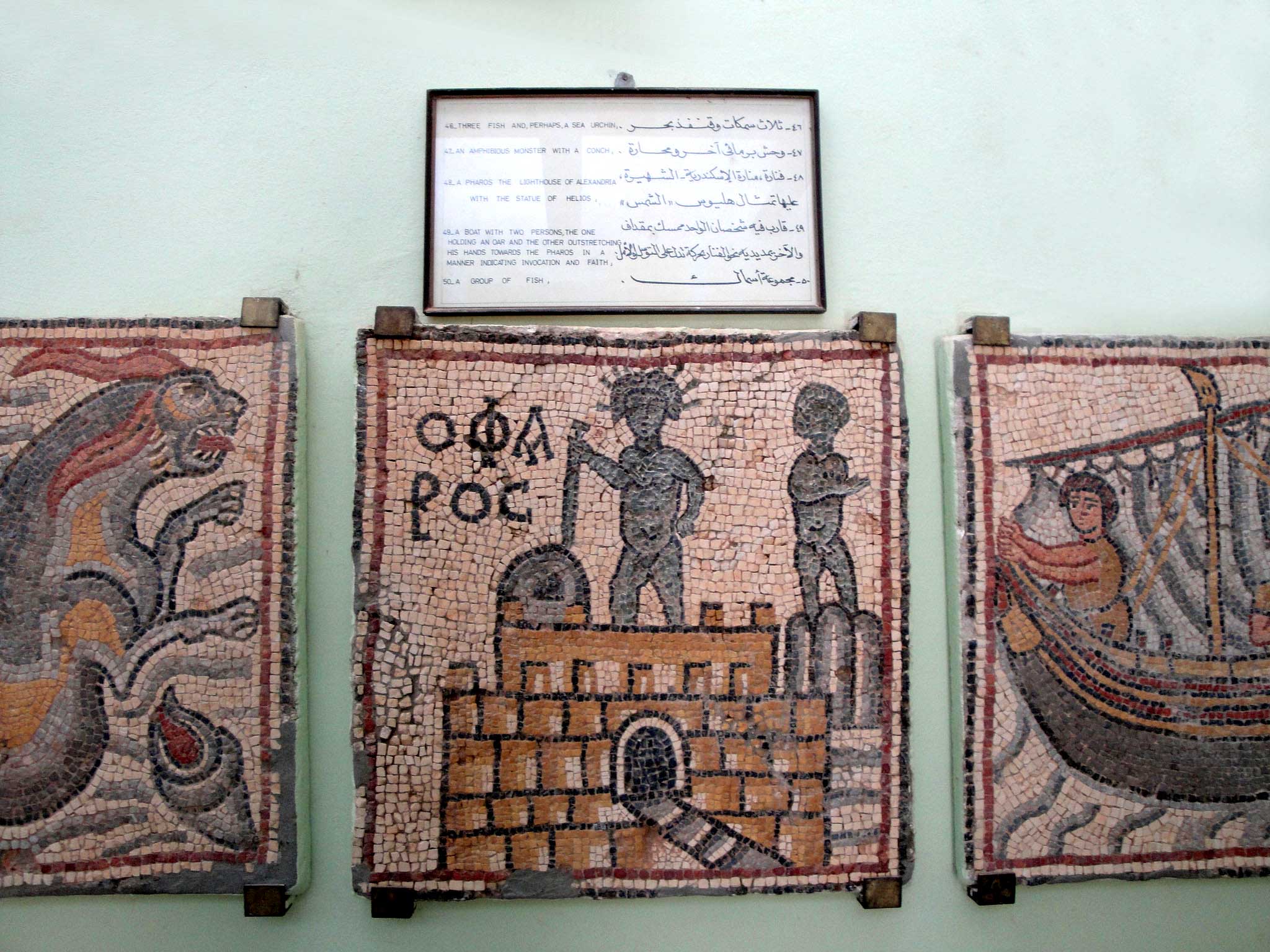 This is one of the most significant mosiacs. It is the only known pictural display of the legendary Pharos lighthouse in Alexandria, Egypt - one of the seven wonders of the ancient world. Said to be over 400 ft. tall with a giant statue of Posiedon on top. The fire on top which was reflected by a giant polished metal disc (at the point of Posiedon's sword in the mosiac) could be seen 100 miles away on a clear night. 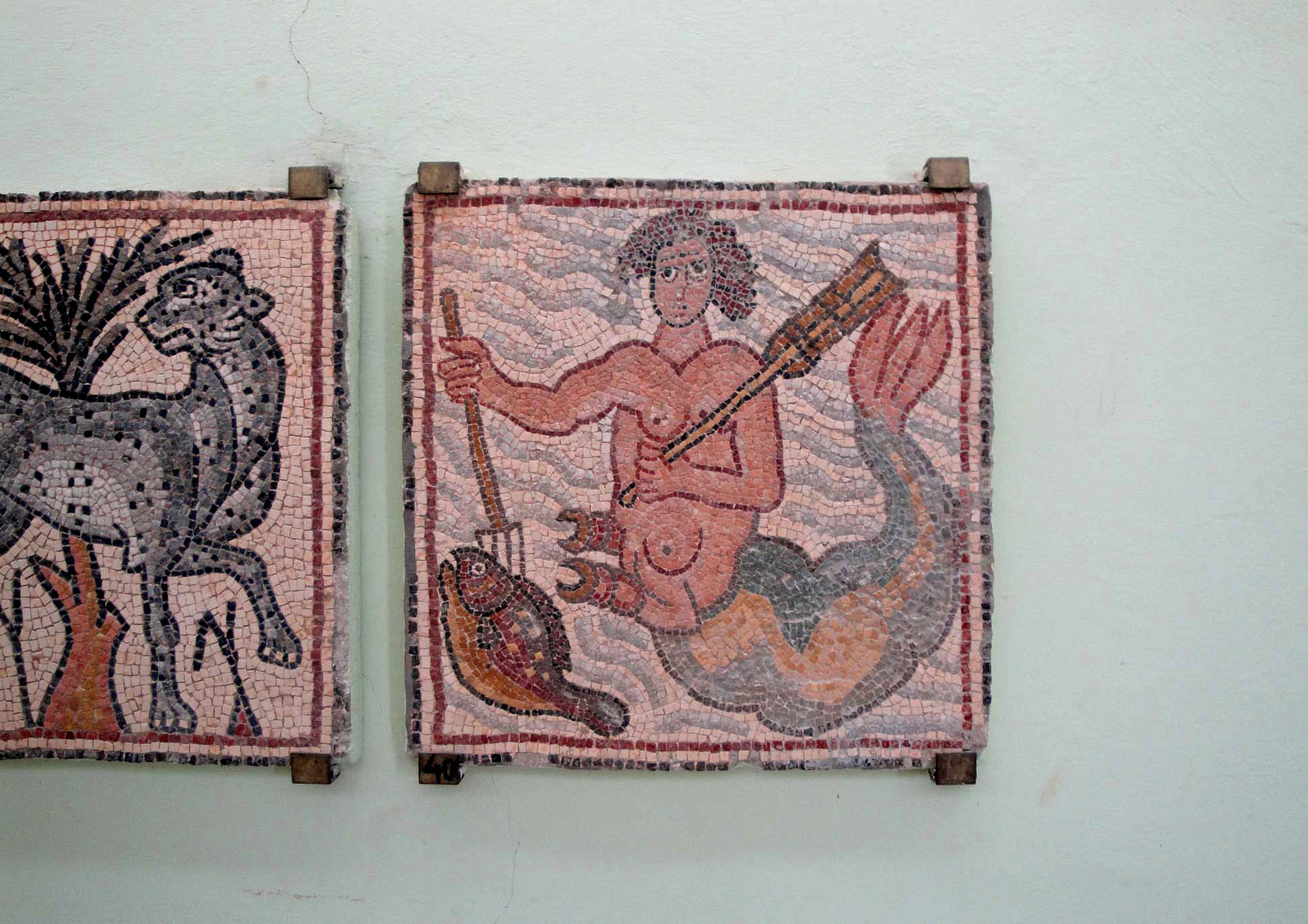 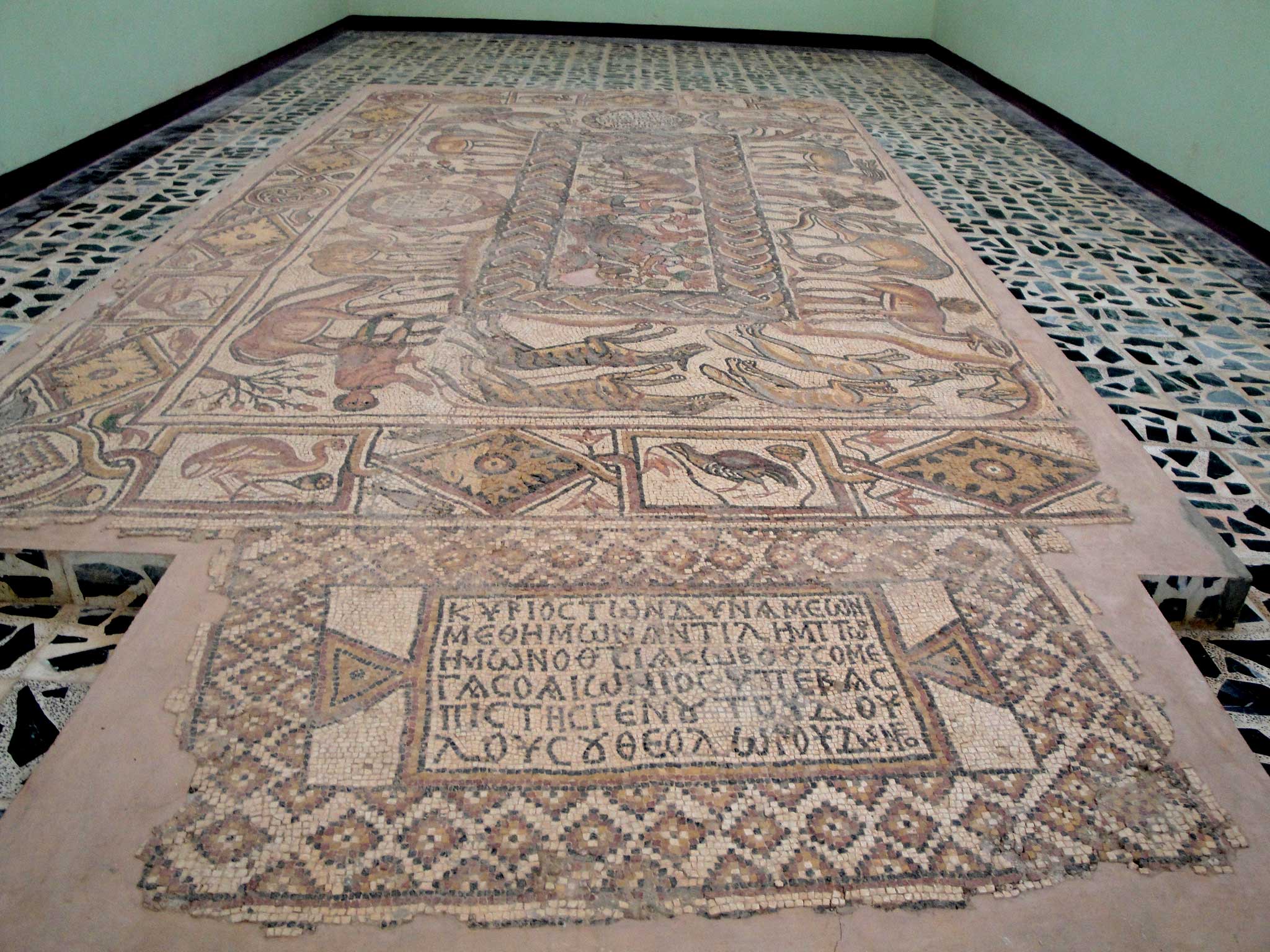 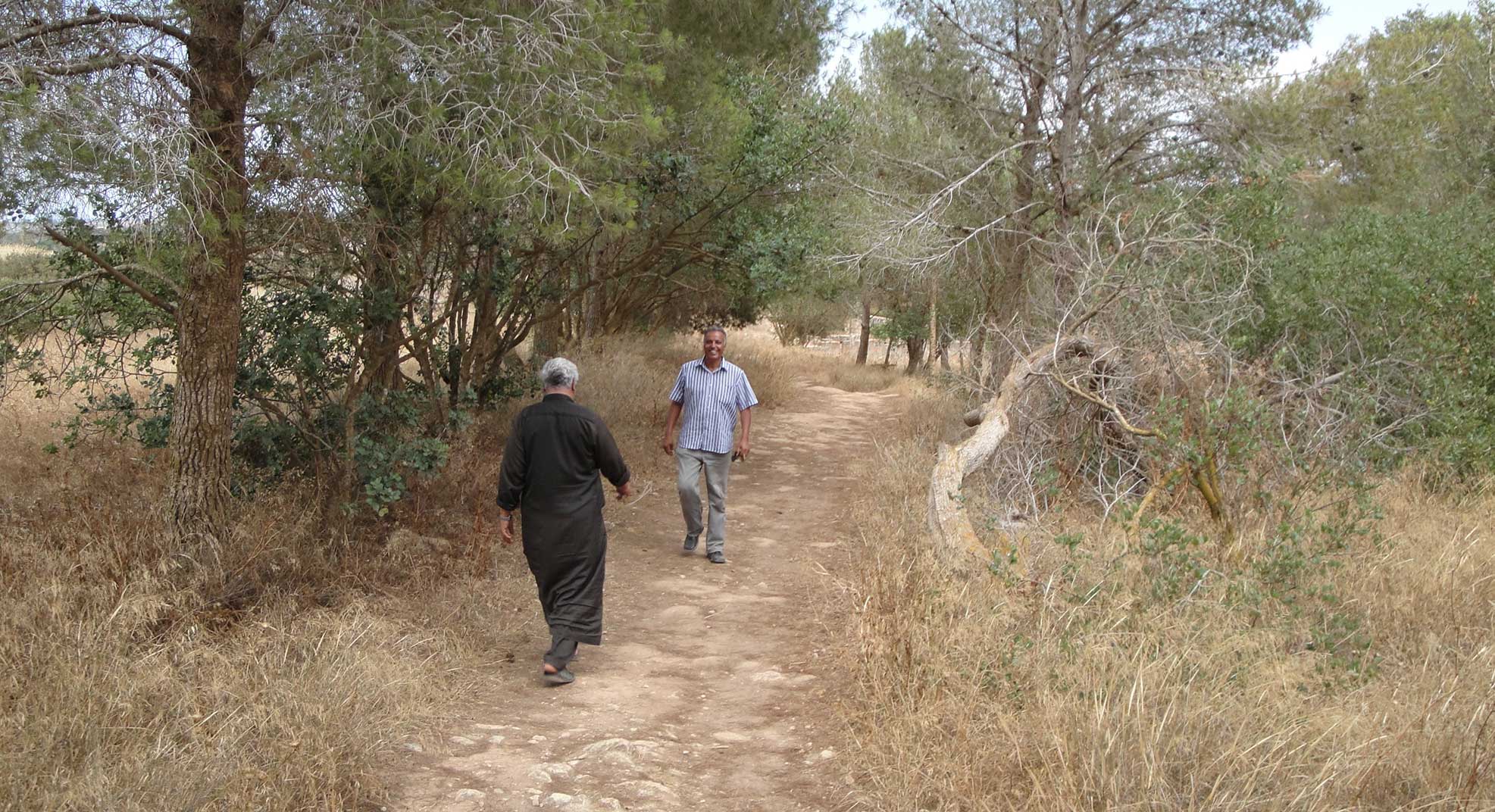 On the trail to the buried church where these mosiacs were found by workers digging to build a dam.

Floor of the church. The missing squares in the floor are the mosiacs now displayed on the wall of the museum.

Return to Other Sights in Libya