The Piazza Maggiore is the very heart of Bologna. The Palazzo Comunale (municipal palace - original city hall) is on extreme left, and the giant San Petronio Cathederal on the right. Bologna is one of the wealthest cities in Italy, and culturally one of the most important cities in Europe. The University of Bologna is the oldest continuously active university in Europe, foumded in 1088, and still one of the best in the world. Bologna is at the cutting edge in nearly everything - it is fully wired with glass fiber, and wireless broadband connectivity covers much of the city. 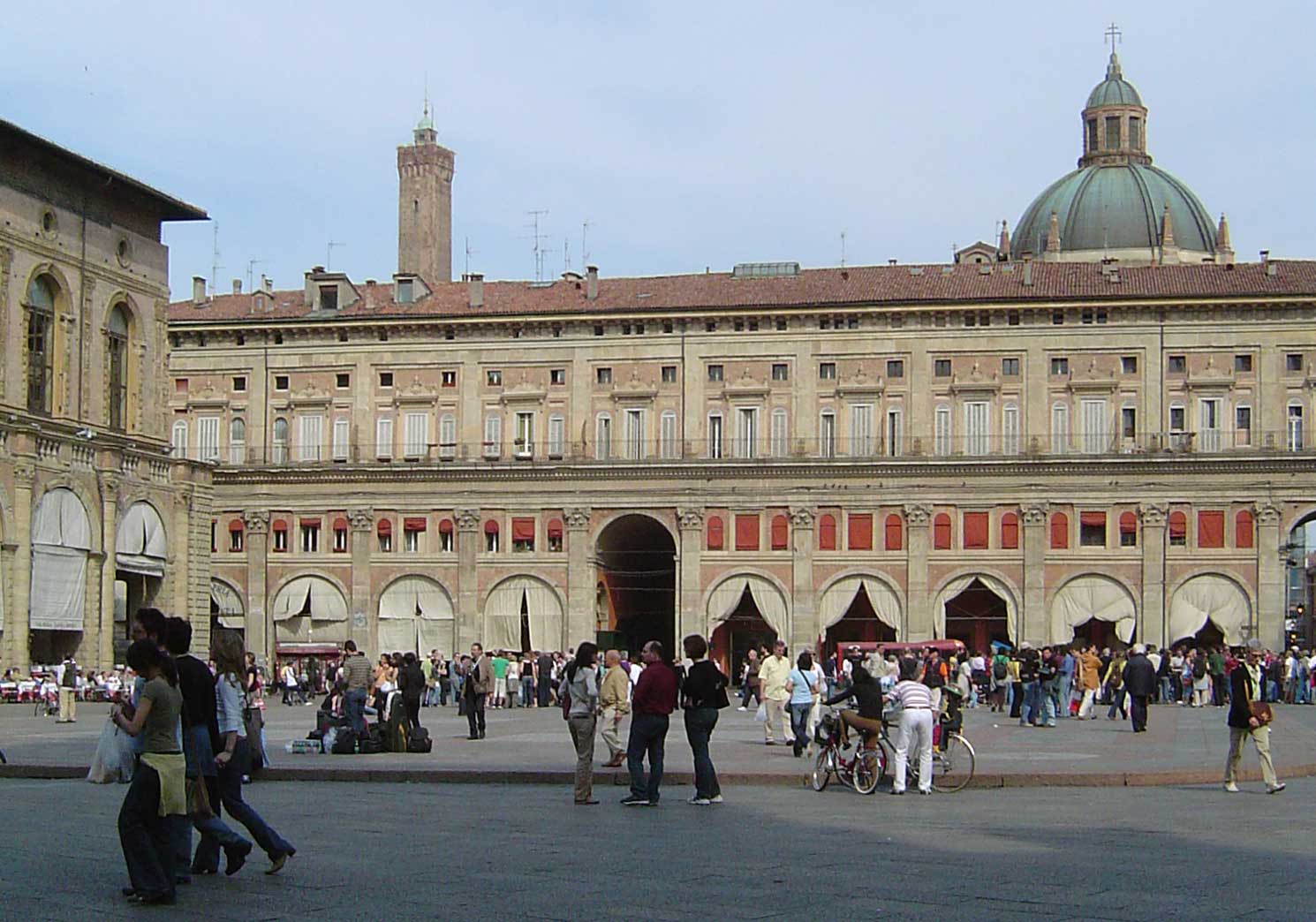 While the Piazza Maggiore is full of tourists, it is easy to escape the crowds. For example, by passing through that large arched opening in the far wall, you are immediately in the local scene... 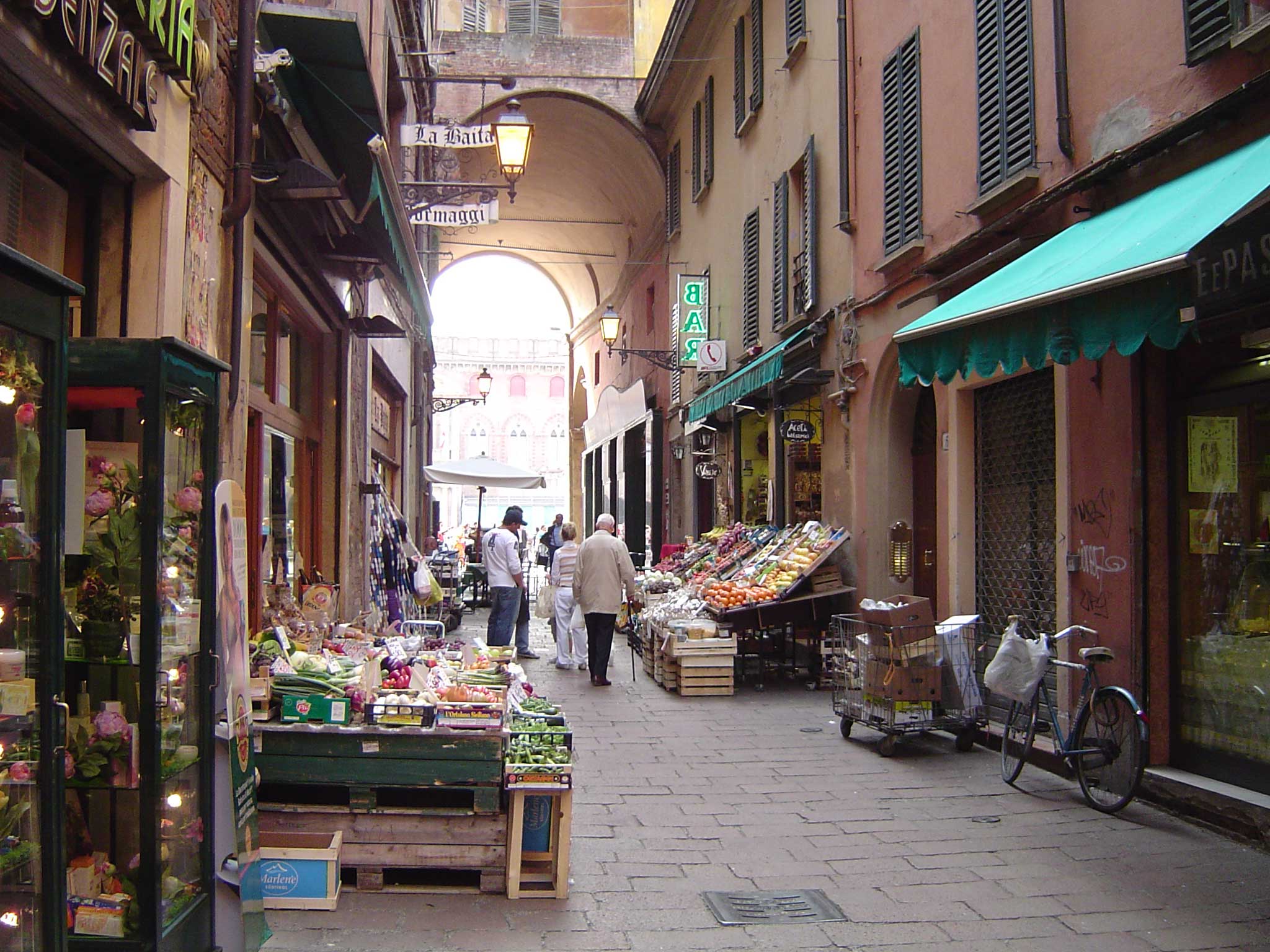 ...for shopping for groceries and epecurian stuffs.

This is a pan of the street. By going to the far right another block, the intersecting side street looks like this... 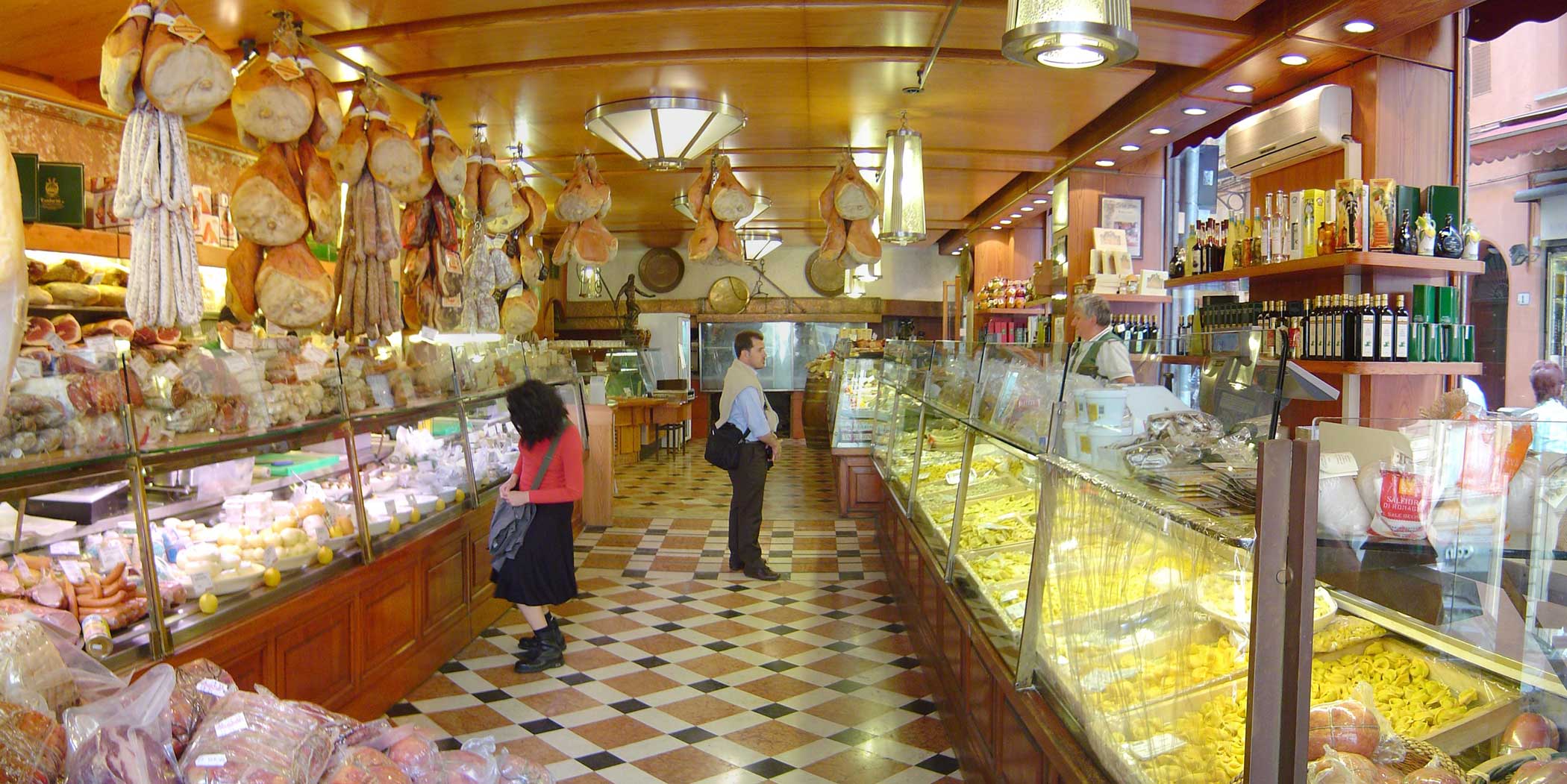 Inside a pasta and deli shop. 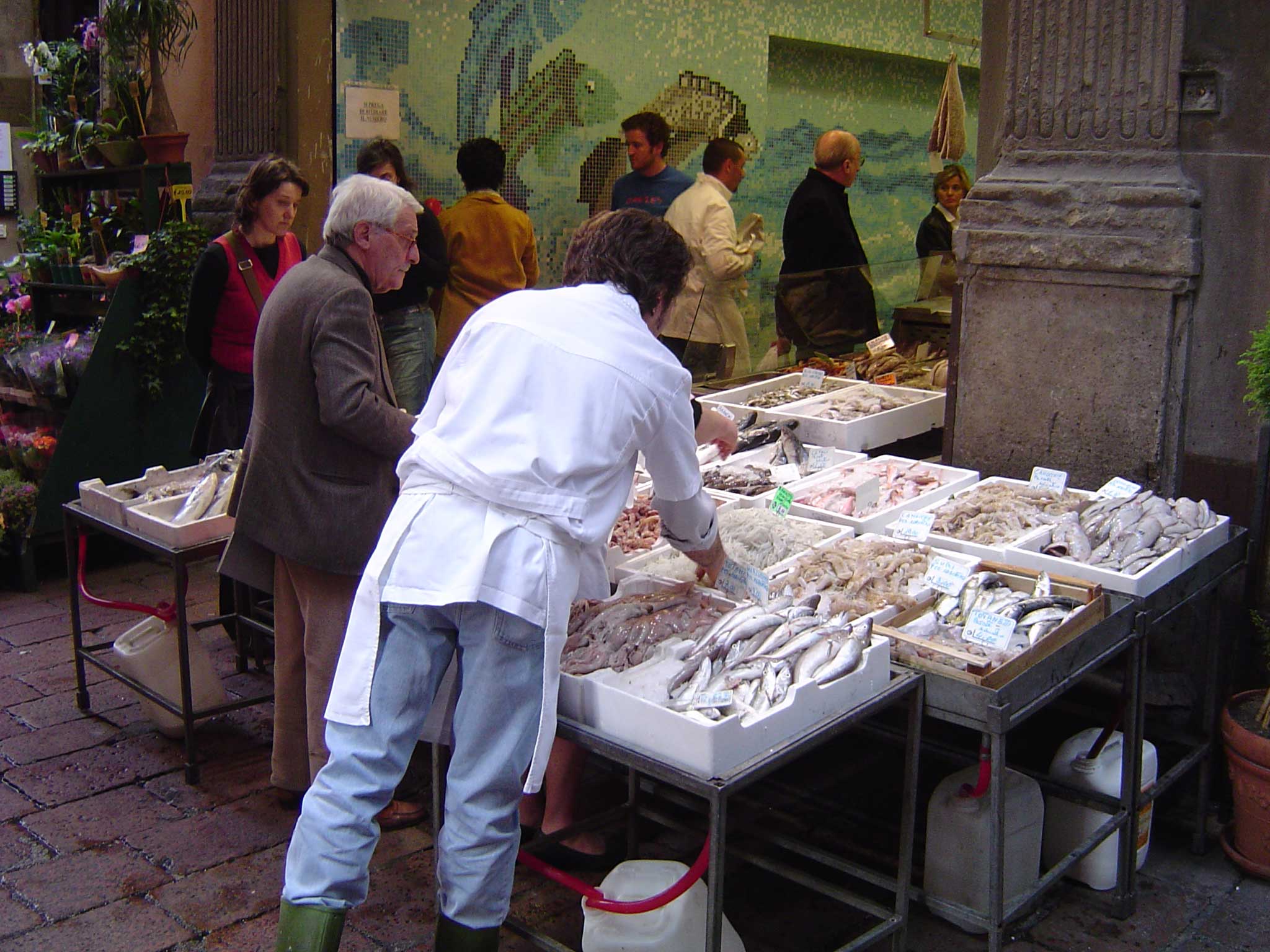 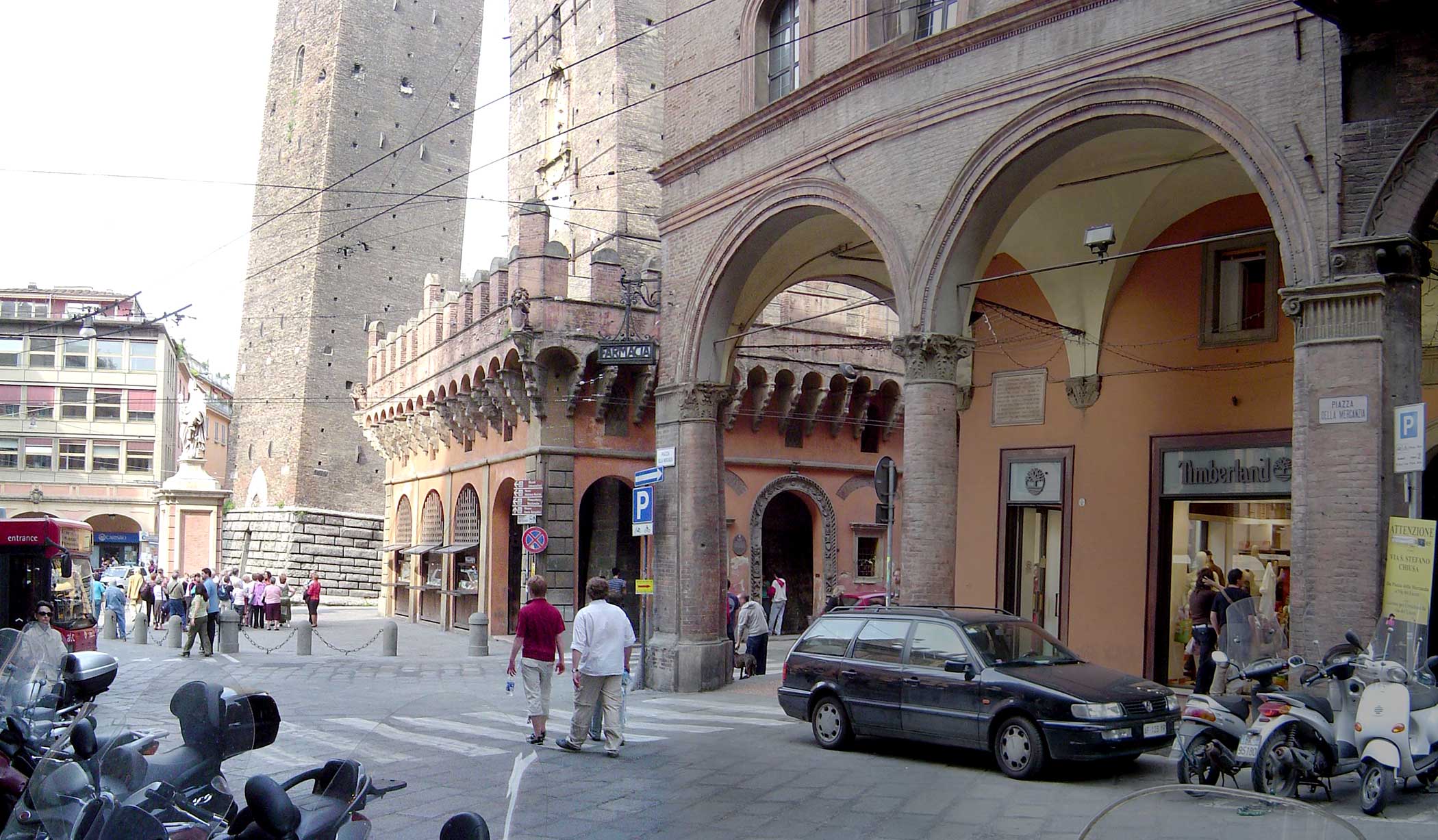 About three blocks from the Piazza Maggiore are two of the remaining watch towers used for early warning of invasion by medevial enemies. These towers have failing foundations and are leaning dangerously in opposite directions. 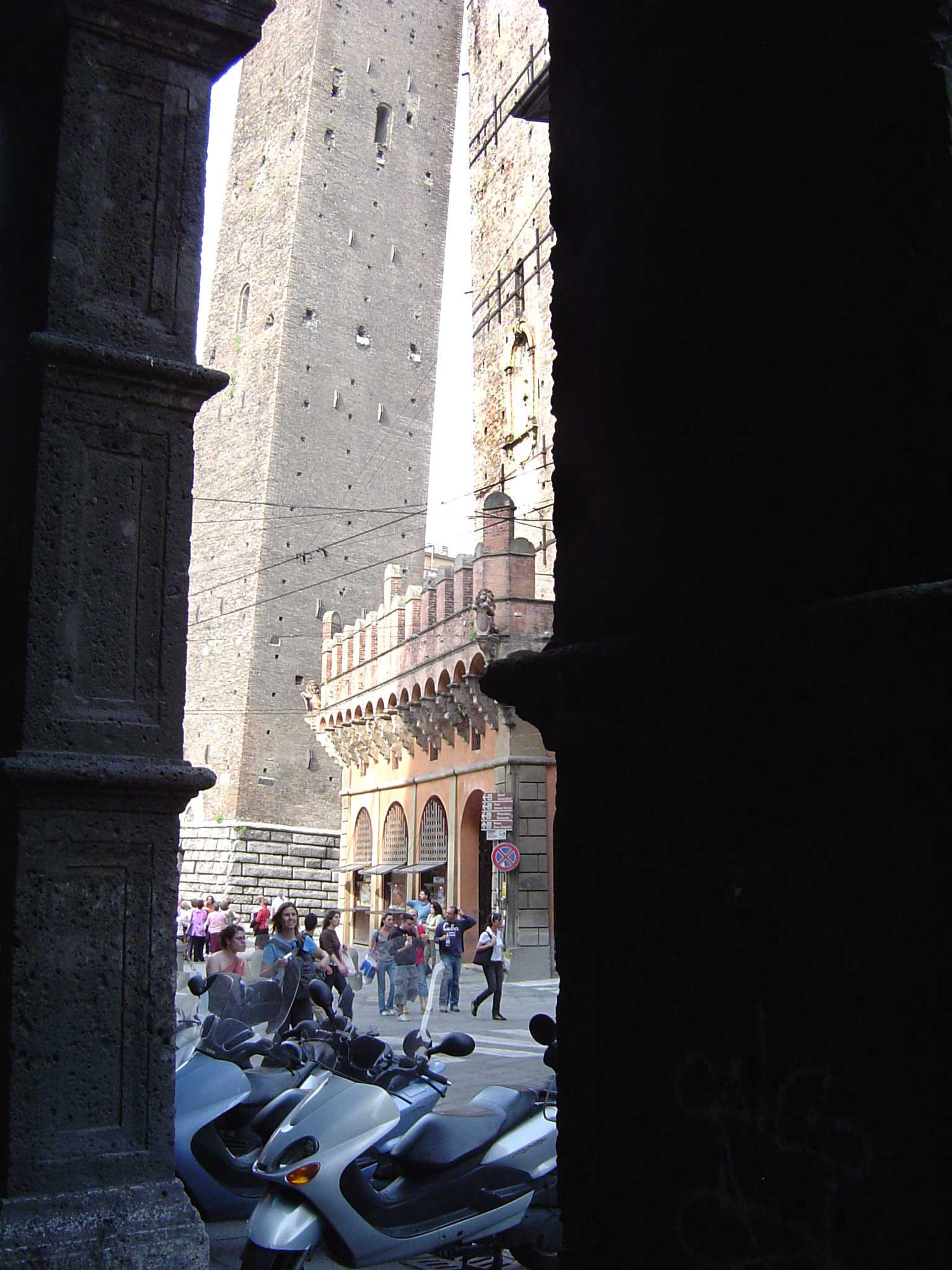 The opposite leaning exaggerates the effect of defying gravity.

A block behind the San Petronio Cathederal is a super shopping area, full of exclusive and expensive clothing botiques. 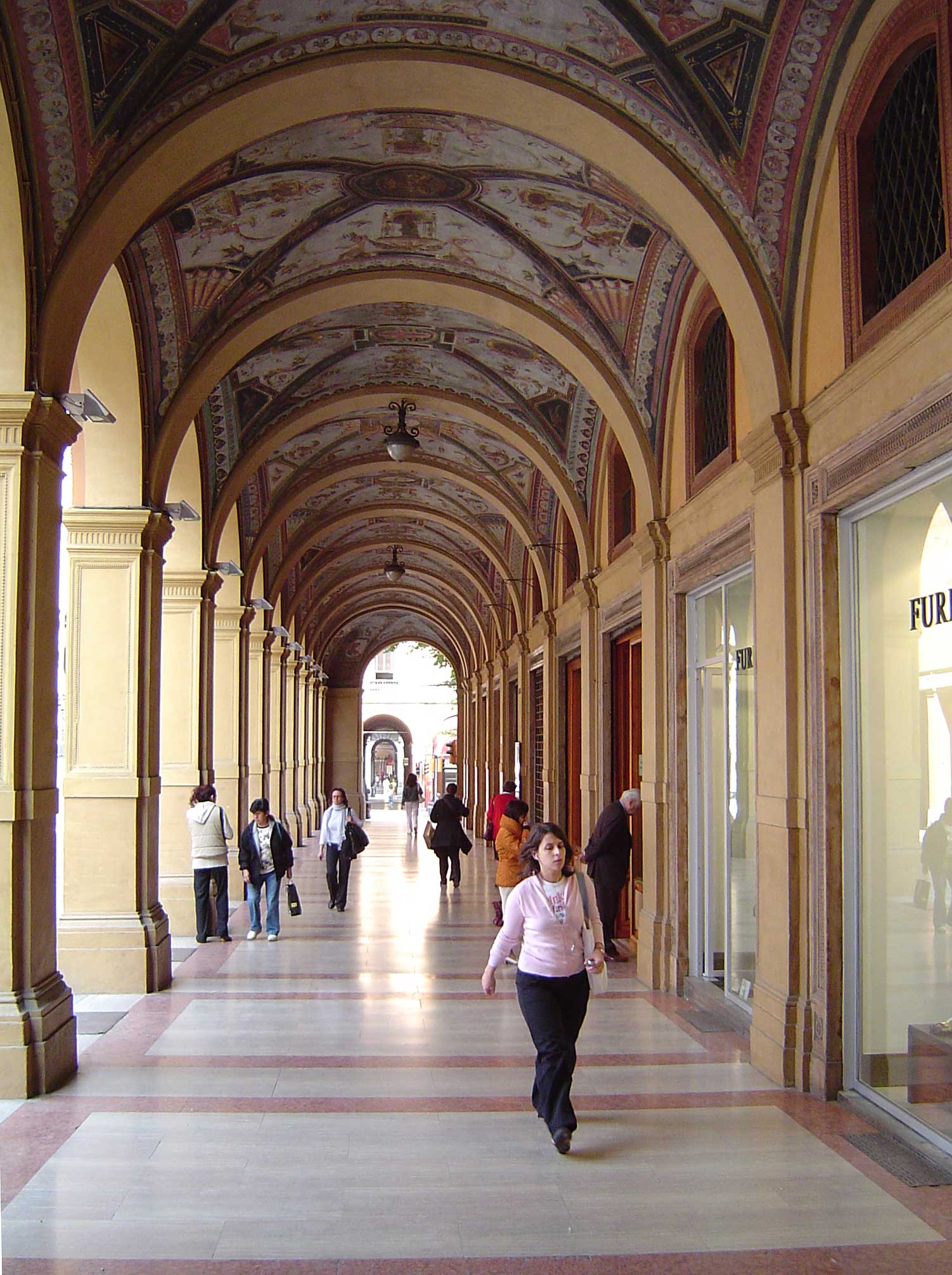 A good example of the Bologna "arcades" which cover the sidewalks of the city. There are 45 kilometers of these covered sidewalks in the city. The city plan mandates that these be sufficiently wide to allow two fully armed and mounted horsemen to pass each other without contact. The result is a 5 meter wide walk - great for strolling and window shopping.

Even the parking lots are beautiful... 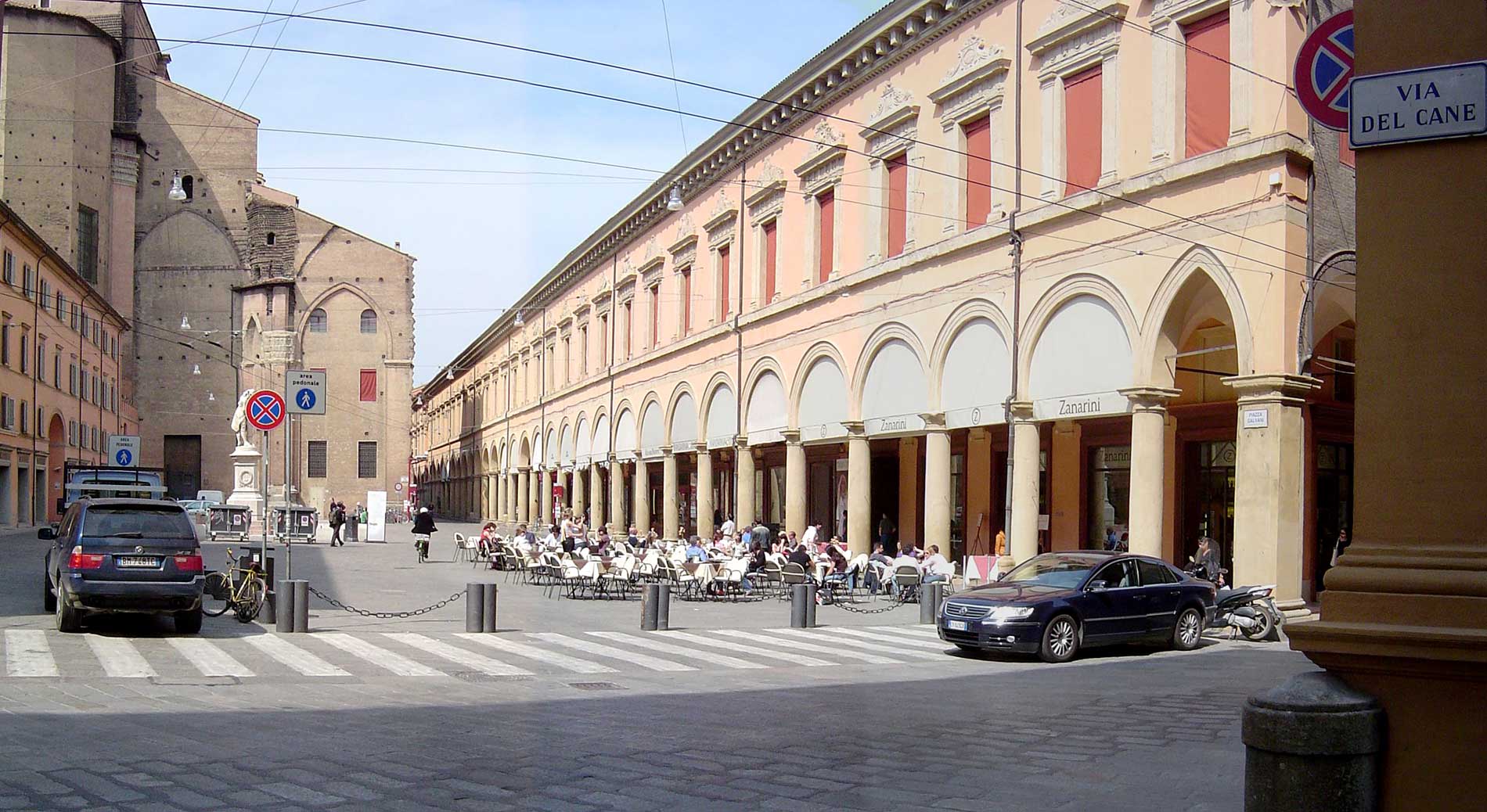 Cafe life on the piazza immediately behind the cathederal. Great place for cappachino or glass of wine in the sun on a cool day. 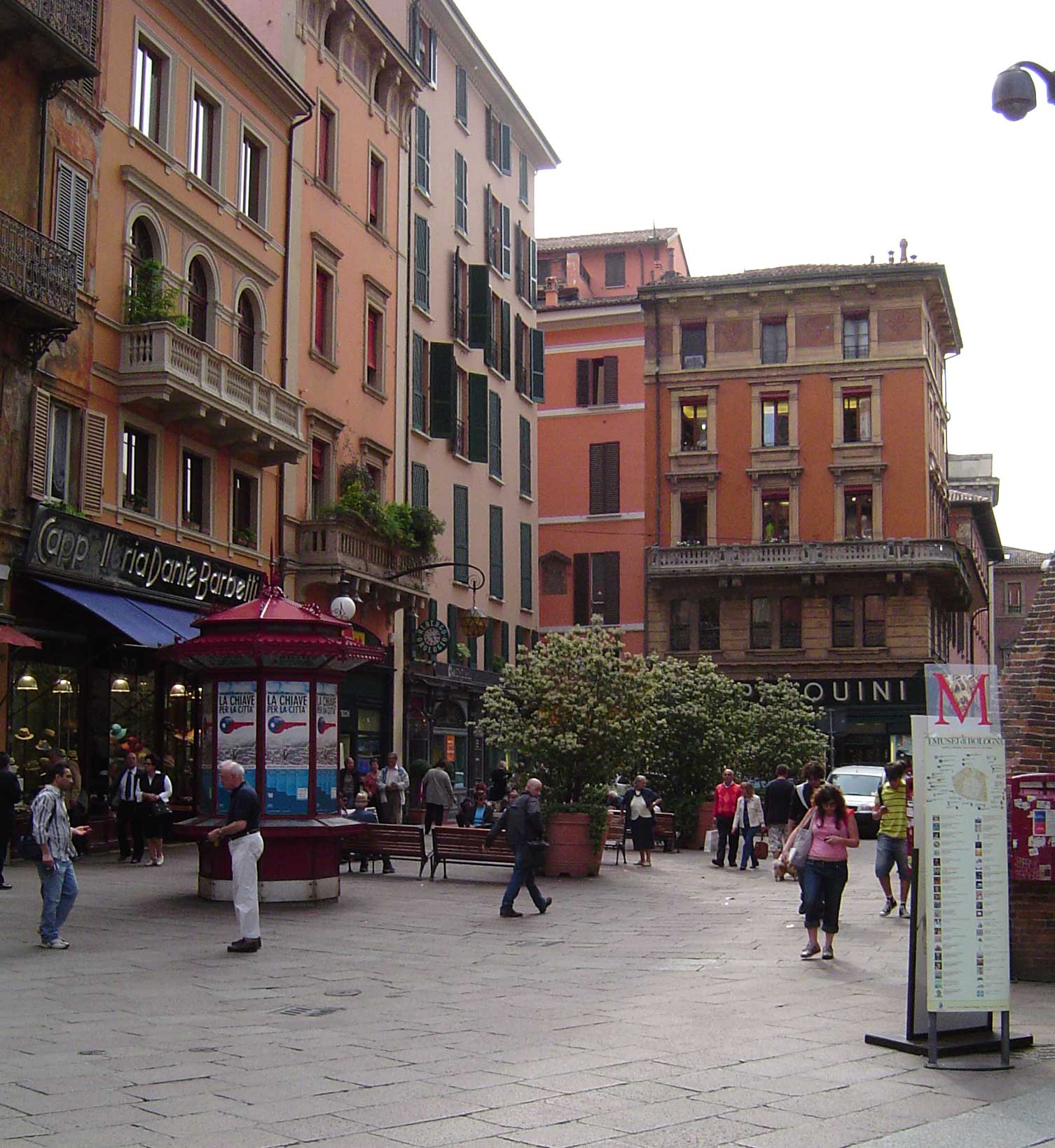 Only two hours drive from our home, Bologna is perfect for quick weekend get aways. Our favorite botique hotel is the Albergo Orologio (Clock Hotel) located on the edge of the Piazza Maggiore. It's the one with the hanging clock just to the right of the kiosk in the photo.

Return to Other Locations in Italy